I've been replaying the original Tomb Raider on the PC. There's always been something odd about that game in terms of its lonely isolated atmosphere that the newer games sadly lack. I've been trying to put my finger on exactly what it is to see if it's possible to convey something similar in my own stories.

When the giant doors close at the beginning of the game, and Lara removes her glasses, she's suddenly alone and forced to proceed in order to survive. But it's not the scenario itself that causes the lonely atmosphere for many other of the Tomb Raider games start in a similar style. Even the music cannot be the cause as the PC version has sound effects, such as the wind, playing in the background rather than the music that the PlayStation and Saga Saturn versions posses.

If I do write a Tomb Raider fan fiction, or a novel of a similar genre, I'm going to try my damnedest to convey the lonely feeling of the protagonist. 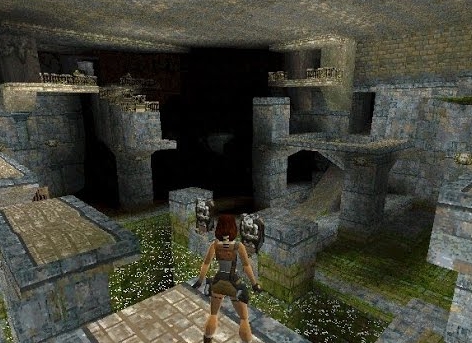